Parody sex tape of legendary abolitionist made by Simmons pulled from YouTube after claims of bad taste. 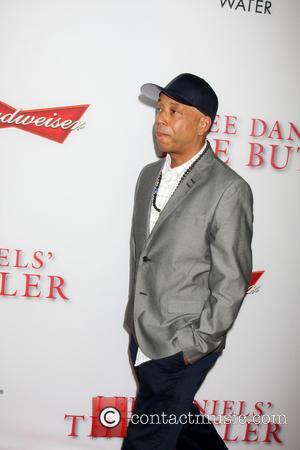 Russell Simmons has ruffled some serious feathers after he posted a Harriet Tubman "sex tape" spoof on his YouTube channel. The hip hop record mogul has apologised after the clip, intended to be funny, caused offence and sparked outrage from those who believe the video desecrates the important historical figure's memory.

Harriet Tubman was a key black abolitionist during the American Civil War of the 19th century. She escaped from slavery herself then helped over 300 other slaves escape using a network of safe houses known as the "underground railroad."

The clip features YouTube actress Shanna Malcolm as Tubman who has extravagant sex with her white master in order to blackmail him into letting her use the underground railroad to facilitate the freedom of slaves. The beginning of the video shows "Tubman" negotiating with another slave, and assuring him that her plan is a good one: "Are you sure this gon' work, Ms. Harriet?," the slave asks. "This our only chance to getting freedoms," she replies.

"Harriet Tubman" began to trend on twitter on Wednesday night, but for all the wrong reasons. We're not going to link the clip to avoid causing offence but it's still on YouTube, just not on Simmons' All Def Digital channel anymore. A petition was launched on Change.org to get the video taken down, condemning its subject matter, according to The Kansas City Star.

In response to the furore, Simmons took action, removing the clip from his channel and penned a lengthy reply to express his apologies on Global Grind: "In the whole history of Def Comedy Jam, I've never taken down a controversial comedian," he wrote. "When my buddies from the NAACP called and asked me to take down the Harriet Tubman video from the All Def Digital YouTube channel and apologize, I agreed. I'm a very liberal person with thick skin and it's hard to offend me. Simmons' Video, That He Thought Was Funny, Offended Many.

The Def Jam records founder, who was finally forced to remove the video after a call from the National Association for the Advancement of Colored People, went on to add "My first impression of the Harriet Tubman piece was that it was about what one of actors said in the video, that 162 years later, there's still tremendous injustice. And Harriet Tubman outwitting the slave master, I thought it was politically correct. Silly me." The Record Company Mogul Has Taken Down The Clip & Issued An Apology.