Hip-hop Mogul Russell Simmons Has Declared That Reality Tv Star Kim Kardashian Would Make A Better President Than Businessman Donald Trump Because She Has More Influence On Americans. 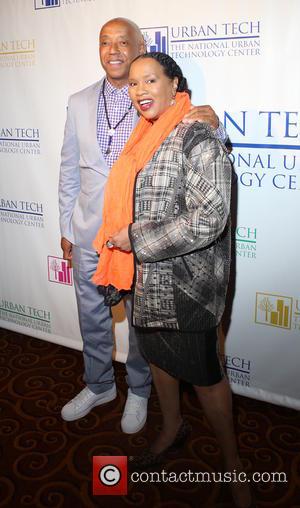 The real estate tycoon announced his bid for the 2016 Republican presidential nomination on Tuesday (16Jun15), and a number of celebrities have since spoken out against the wannabe politician, including Simmons, who counts Trump as one of his longtime friends.

In an interview with HuffPost Live on Thursday (18Jun15), Simmons explains, "I don't like his politics. I don't think he'll be good for America at all. He makes a lot of news. Doesn't have as much influence as, say, Kim Kardashian. She would probably be a better president, in my opinion."

The Def Jam record label founder goes on to laud Trump for his strengths in business, but insists his skills will not help him run the country, adding, "His politics are divisive and hurtful. I would be very afraid for America... The rich are already taking advantage of everybody else, and we haven't done much to change that. You don't want a big business guy to in charge of this country. You don't want him to be the president."