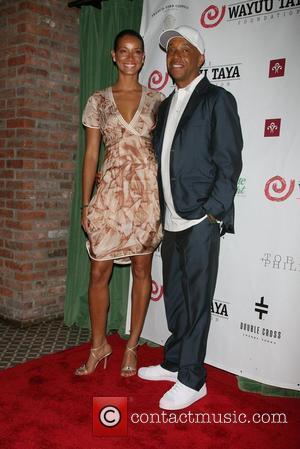 Rap mogul Russell Simmons' estranged wife Kimora Lee Simmons is demanding $480,000 (GBP240,000) in child support as part of the couple's divorce settlement.
In documents filed on Wednesday (25Jun08) at Los Angeles Superior Court, the fashion model-turned-designer is asking for $20,000 (GBP10,000) per month for each of the couple's two daughters.
The papers suggest Def Jam Records co-founder Simmons' should be expected to pay the huge sum each month until 2019 for Ming Lee, eight, and 2022 for Aoki, five, according to TMZ.com
The couple wed in 1998 and split in 2006, citing irreconcilable differences.
The pair are seeking joint physical and legal custody of their children.
Both parties are also asking the court to deny spousal support for the other.