Ryan Adams was eight in 1982. You can imagine him in his room, strumming his tennis racquet (not a euphemism) to "Here I Go Again" by Whitesnake, or shadow-boxing to "Eye of the Tiger" by Survivor, especially when you hear the opening track to his 2017 album, "Prisoner", 'Do You Still Love Me?' It immediately smacks of over-ripe AOR cheese from a bygone era of Donkey Kong and Dallas. It's unashamed rock schtick, replete with Jack Black "School of Rock" guitar solo. Stylistically, it's an odd false start to the album, which is quieter and more contemplative. Thematically, it's a statement of intent, Adams heaving his battered, sorry bones through the no-man's-land of post-break-up bleakness.

The dissolution of his marriage in 2014 was something he summarised as 'just a f**king horrible thing'. Whether that devastation and shock made him directly want to cover an entire Taylor Swift album, heaven only knows, but alongside that, he gradually worked his way towards producing "Prisoner". In the pipeline since 2015 and originally a potential double album, the eventual product, twelve tracks, feels like a much more reined-in emotional exorcism and a reflection of the built-in obsolescence of love. It's also an aurally satisfying, perfectly-arranged Smiths/Springsteen homage, or a well-executed confessional Adams exercise in maudlin alt-country and calculated soft-rock pastiche, depending on your wont.

"Doomsday" and "Haunted House" both feature plaintive harmonica and vocals like 'The Boss', albeit a boss who's received at least one formal warning from HR ('How can you complicate a kiss?') "Haunted House" is clearly possessed by the spectre of failed love, pointing us towards 'cracks in the window, spiders in the hall', like Martin Roberts in a "Homes Under the Hammer Emo Special". "Shiver and Shake" has a repetitive, breathless quality, with ethereal synth and echo-chamber, acoustic guitar strums creating a woozy, out-of-body lovesickness.

The 41-year-old singer will release his first LP called 'Prisoner' in three years, which will come out next year alongside the single 'Do You Still Love Me' that will be available from Wednesday (07.12.16).

The star announced the news via social media, which saw him post a picture of the record's artwork. Johnny Depp has been jamming with Ryan Adams recently, and the pair teamed up on-stage in London. Ryan Adams was joined by Johnny Depp in London

The pair are known to be fairly close and Depp appears on the B-side for Ryan's new single 'Gimmie Something Good', playing guitar and soloing on 'Aching For More'. 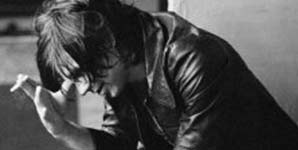 Ryan Adams, born in North Carolina in November of 1974, is a rock Musician, a failed painter and playwright (who has only seen 3 plays although drops Jean Genets' and Leroi Jones' names when discussing plays because he is twat)

Has lived in Manhattan off and on for 5 years or so. His interests are Sci-Fi movies, 45 Grave albums, Bootlegs of The Smiths, and bad clothing. He has been know to drink but does not enjoy beer or white wine (which leaves alot to be accounted for). Does Not own a drivers license but has owned a car. Collects Patchwork quilts. Sleeps entirely too much. Only drinks coffee in the summer. Does not enjoy television anymore but still watches Friends. is a threat to Mankind and all living things. Is quoted as saying the off-broadway tour de force play"Kiki-and Herb" is the punkest most heart-stopping thing he has ever seen. Whose favorite movies are "Coal-miners Daughter, Straight No Chaser, Star Wars, The Prime of Miss Jean Brodie (with Maggie Smith, his favorite actress, and Steel Magnolias. Who plays in a band with one of his three best friends Johnny T. "the Ryan Adams Killers, and at one time or another worked as,

1. a plumber
2. at hardees (chicken and biscuits duty)
3. a bread baking factory
4. a dishwasher
5. a bartender/ sandwich maker ( a poor one at that)
6. a demolition crew worker
7. a grocery store shelf stocker
8. a guitar player

he loves most everybody and does not want to start anymore trouble. plus he loves cats. 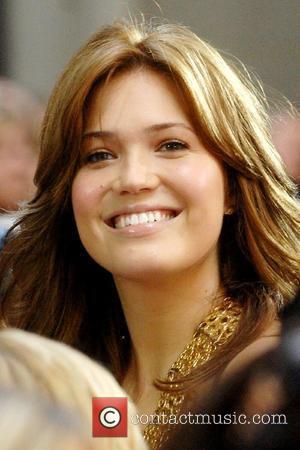 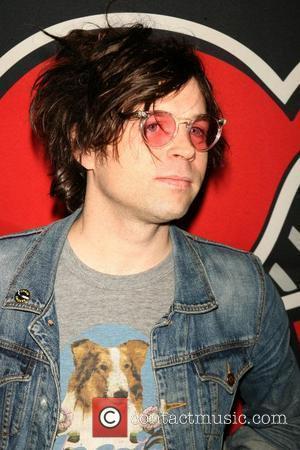