Quote: "Ash and Ev came to my birthday party. I'm friends with pretty much most of the girls I've dated... Evan's been one of my best friends, he used to sleep on my couch way back in the day since he was a baby. To see him with another friend of mine is great." Singer Ryan Cabrera couldn't be happier for ex-girlfriend Ashlee Simpson as she plans to wed one of his best friends, Evan Ross.

Quote: "I said, 'Dad, come to the mansion.' He said, 'What mansion?' I told him, and obviously, it was all good." American singer Ryan Cabrera didn't have to do a lot of talking to convince his dad to accompany him to the famous Playboy Mansion in Los Angeles.

Quote: <p>"Just because I look a certain way, people think I'm pop c**p. I want to prove that I'm not." Ashlee Simpson's ex-boyfriend Ryan Cabrera is determined to be taken seriously. </p> 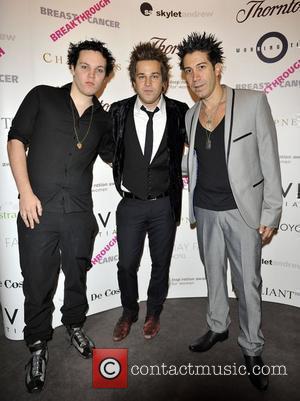