Ryan Gosling shot a bank robbery scene in front of real-life customers, though they were the opposite of scared. 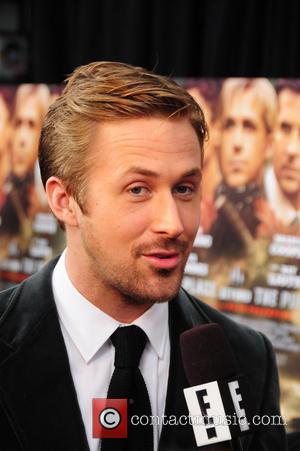 A bank robbery scene in Ryan Gosling's new movie The Place Beyond The Pines was filmed in front of real customers to incite genuine reactions. Gosling - who plays stuntman turned criminal Luke Glanton in the crime-drama - told the Daily Telegraph that the film's crew used members of the public to make the shoot-out appear real.

However, such is the level of fame achieved by Gosling in recent years that bank customers were star-struck, rather than scared. "I'm there with a gun and I look down and people are just smiling," said the actor, "They were just enjoying the show and I think I spotted someone filming me on their camera phone as I robbed the place."

The 32-year-old, who stars alongside real-life girlfriend Eva Mendes in Pines, also said that the role in the movie allowed him to indulge in his true passion: motorbikes. "I got a paper route and saved up and got a [motorbike] when I was about 12 years old," he admitted. "I sat with it out in the yard for about a year just pretending I was riding it."

The Place Beyond the Pines, also starring recent Oscar nominee Bradley Cooper, is showing in theaters in the US now. It opens in the UK on April 12, 2013. Watch the Place Beyond The Pines trailer below: