Ryan Gosling and Eva Mendes had a low-key party for their daughter Esmeralda's first birthday over the weekend. 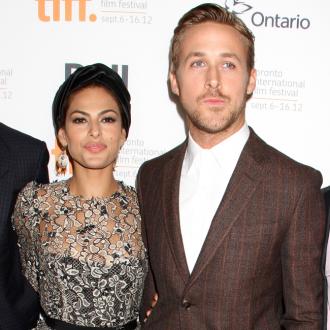 A source told 'Entertainment Tonight': ''It was a pretty quiet family affair. There was no music or any sign of other babies or older kids.''

Meanwhile, gifts are said to have included a rocking horse, ball pit accessories and a Disney baby bag.

Eva, 41, gave birth to baby Esmeralda in September 2014 and the couple named the tot after their favourite Disney character.

The actress previously said: ''Ryan and I both love the Esmeralda character from the Victor Hugo novel, 'The Hunchback of Notre Dame', and we just think it's a beautiful name.''

The couple began dating in 2011 after meeting on the set of 'The Place Beyond the Pines'.

The 'Hitch' star said: ''I'm not like anti-marriage or the institution, like for other people. And I love the idea of a union -- that's all very beautiful. But I think, you know, it's a very old fashioned, archaic kind of thing. We did it for land originally. How unromantic is that?

''I actually think it's really sexy to be with someone in your fifties and sixties and be like, 'That's my boyfriend. I think husband and wife is just... very unsexy.

''If you love someone and you have a spiritual union, I just personally don't think [I need] a piece of paper because society tells me [is necessary].''