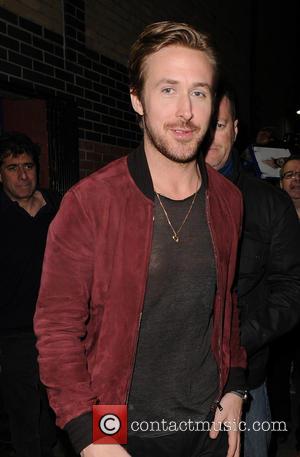 Picture: Ryan Gosling - American actor and now director Ryan Gosling was spotted out with actress Lily James and actor Matt Smith as they enjoyed the...

Humane Society of the United States officials released an undercover investigation earlier this month (Jun15) reportedly showing the abuse and mistreatment of chickens from the retail chain's largest egg supplier - and the footage has compelled the actor to take action.

In a letter to Costco CEO Craig Jelinek, he writes, "I am writing today about the recent undercover investigation conducted by my friends at The Humane Society of the United States at a Costco egg supplier. Video footage revealed abhorrent cruelty including rows upon rows of birds confined in filth-laden cages with the mummified corpses of their cage mates eating, sleeping, defecating, and laying eggs on top of dead birds, and hens' wings, legs, and necks trapped in the corroded wires of their battery cages.

"Furthermore, it is appalling that Costco has been selling these eggs with deceptive labeling on cartons featuring graphics of birds living out in a green pasture.

"You're already eliminating cages for veal calves and pigs - don't you feel that chickens also deserve the same mercy? So many corporations are meeting public demand for more humane products and transparency in the food chain. I sincerely hope that Costco will set plans now to go completely cage-free for its eggs."

The Drive star has been a long-time animal advocate - in 2003, he criticised fast food chain Kentucky Fried Chicken for the conditions their chickens were exposed to and, in 2012, he teamed up with organisers at the People for Ethical Treatment of Animals (PETA) to fight cruelty against cows on dairy farms.