The 33 year-old actor's directorial debut premièred on Tuesday morning at the Cannes Film Festival, and critics have already ruthlessly blasted the fantasy flick. 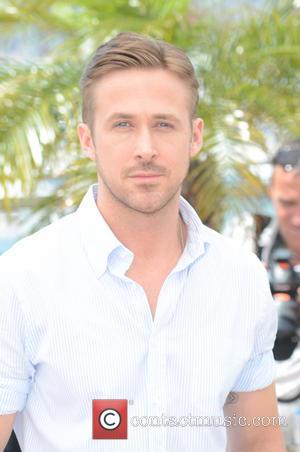 Ryan Gosling's directorial debut 'Lost River' was screened for the first time on Tuesday (May 20th) at the Cannes Film Festival.

The flick was considered as one of the most anticipated at the annual event and as the showing premiered in the morning, critics who attended the packed theatre are already giving their feedback.

But unfortunately for Gosling, his first time working behind the camera has been unanimously panned.

The movie incorporates aspects of fantasy noir, mixed with suspense in a present day fairytale. Set in eerie backdrop of a rundown city, the plot follows, Billy, a single mother who falls into the depths of a dark underworld, while her teenage son, Bones, finds a road that leads him to a secret underwater town.

Both Billy and Bones must delve into the obscure fantasy world to save their family.

Grantland critic Wesley Morris was equally negative as he tweeted, "If a $200 haircut and $900 shades were given lots of money to defecate on Detroit, the result would be Ryan Gosling's directing debut."

Some attendees thought it shared too many similarities with Gosling's previous work, the Global news editor of Time Out, Dave Calhoun, thought that "anyone who loved Only God Forgives should love Ryan Gosling's LOST DRIVER. Swap Bangkok for swampy America and it's basically the same film."