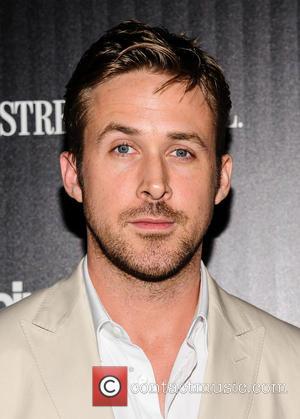 Ryan Gosling attended a meeting with a view to playing Luke Skywalker's son in Jj Abrams forthcoming Star Wars Episode 7 movie, according to the Latino-Review, which 'broke' the news that Harrison Ford would be returning to the franchise.

Disney is keen to land Gosling for the role though missed out on another high profile star.

According to the website's sources, the studio had a meeting with Leonardo Dicaprio who eventually passed on the project to concentrate on Robotech, a forthcoming "sprawling sci-fi epic" where mankind is forced to use technology to fend off three successive waves of alien invasions.

Disney has therefore turned its attention to Gosling, with Zac Efron also on its radar for a possible role as a Solo kid.

The studio is looking to continue Star Wars: Episode VII from where Return of the Jedi left off. Production on the new movie will apparently start at London's Pinewood studios next year.

The new movie will be original and written by Michael Arndt, whose credits include Toy Story 3 and The Hunger Games: Catching Fire.

Reports this week suggest Ryan Gosling is also favourite to take the role of Batman for the upcoming Batman versus Superman movie. With Star Wars and the Man of Steel sequel set for release at similar times, it's unlikely that the Drive star will take up both offers - should they come.

Disney could announce Star Wars casting at its own annual D23 Expo in Anaheim between August 9-11. JJ Abrams At The Oscars Party