The Notebook to be made into TV series

'The Notebook' which sparked Ryan Gosling and Rachel McAdam's careers is being turned into a TV drama and will be based after world war two. 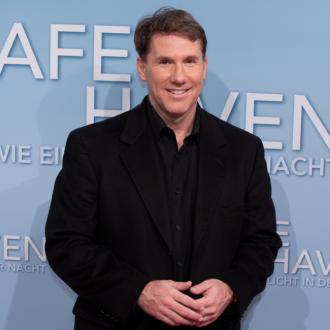 'The Notebook' is going to be rebooted as a TV drama.

The American romantic drama - one of the first films Hollywood hunk Ryan Gosling and blonde beauty Rachel McAdams starred in - is being adapted into a TV series.

The head of the CW network Mark Pedowitz has confirmed the film based on Nicholas Spark's novel is already in the works and has said it will be ''set after world war two'' and the old couple played by the 'Drive' actor and 'Southpaw' actress will not be shown in their elder state like in the film.

He said: ''The Notebook is a very very well received book and motion picture. It is going to be set after world war two. at this point, the pilot is not done, I don't believe that we're going to see the older couple and what they become. But again, things change and this is just now the beginning of the conversation. I am thrilled that Nick Sparks wanted to do it with the CW. I'm looking forward to it.''

According to The Hollywood Reporter 'Bandslam' filmmaker Todd Graff will take on scriptwriting duties and will also executive produce alongside Nicholas and 'The Longest Ride' producer Theresa Park.

It's still early days and not known who will play the lead roles and when it's likely to be released.