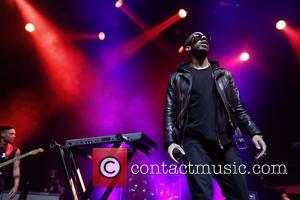 Singer/producer Ryan Leslie has created a new music platform to enable artists to interact with their fans in a more direct manner.

#Renegades allows musicians to distribute their work digitally and engage with fans through phone and/or email, according to AllHipHop.com.

The website reads, "Artists using traditional social networks have no alternative methods of keeping in touch with their followers. Similarly, they have no idea which of their fans and customers are the most engaged and passionate...

"Creating a direct engagement solution would mean that artists have complete control over how their fans are reached. They would be able to notify engaged fans about new local shows in their area, or announce a new album release and contribute to pre-launch efforts."

Artists wanting to join the Disruptive Multimedia platform have to be approved by the Addiction hitmaker, but he is also giving away a $100,000 (£62,500) record contract to the musician with the most fan engagement.

He says, "I'm giving all my top performing artists the opportunity to earn a $100,000 record deal. I use the data from Disruptive Multimedia to drive my decisions, and your great performance will have earned my confidence in your ability to invest that money wisely."