Ryan Lochte squeezes in as many fan photos as he can whilst being persistently ushered towards his awaiting car. One fan asks if he can video Lochte saying 'Happy Birthday' to his friend and the swimmer obliges.

Ryan Lochte Smiles For The Cameras...

Interviewer Not Convinced That Ryan Lochte...

Ryan Lochte Gets Told He Looks...

Ryan Lochte cites suspensions as reason for his happy marriage

'I'd knock his ass out': Ryan Lochte reveals feelings about past self What Would Lochte do? We Can Find Out Tomorrow 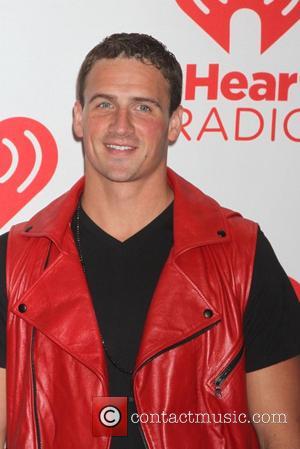 Ryan Lochte's E! Show: Do You Want To Be Him? Mother Him? Or Sleep With Him?