Reynolds To Return As Deadpool For X-men Spin-off 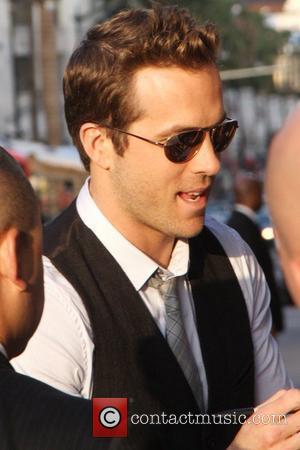 Ryan Reynolds will reprise his role as Wade Wilson in a Deadpool spin-off film to X-Men Origins: Wolverine, it has been announced.

The wisecracking mercenary is one of the most popular characters in the X-Men comics and a potential Deadpool spin-off had been mooted when Reynolds was cast in the role.

And after Fox announced it was commencing pre-production on a sequel to box office smash X-Men Origins: Wolverine, it has also been revealed that a Deadpool film is now in active development.

Nicknamed the 'Merc with a Mouth', Deadpool was born Wade Wilson and like fellow mutant Wolverine, saw his future irrevocably changed by enrolling in the shady Weapon X military programme.

After submitting himself to Weapon X in a bid to cure his terminal cancer, Wilson emerges as Deadpool, a mentally unstable mercenary with similar healing powers to Wolverine.

According to MTV.com, the Deadpool film will be a "complete exploration of this unique character  his origins, his emergence as the Merc with the Mouth".

Writers are currently being sought for the Deadpool film with Reynolds returning to a role he was seemingly destined to play after Deadpool was once described in the comics as a cross between a "Shar Pei and Ryan Reynolds".

X-Men Origins: Wolverine topped the UK box office on Tuesday, having earned over $85 million in its opening weekend in the US.