Ryan Reynolds To Return As Deadpool 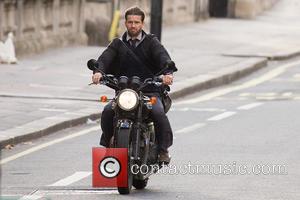 Actor Ryan Reynolds is in final negotiations to reprise his role as Deadpool in the long-delayed X-Men spin-off.

The Green Lantern star portrayed the comic book killer, aka Wade Wilson, in 2009's X-Men Origins: Wolverine, and talk of his return as the character have surfaced ever since a stand alone movie was announced.

On Thursday (04Dec14), sources told Deadline.com the actor was nearing a deal to take the role, and Reynolds took to Twitter.com himself to confirm the news.

Posting an image of the Deadpool character made out of several bullet shells, Reynolds added the caption, "Uh... It's Chimichanga Time," referring to the mercenary's favourite food.

Deadpool is slated to hit cinemas in February, 2016.