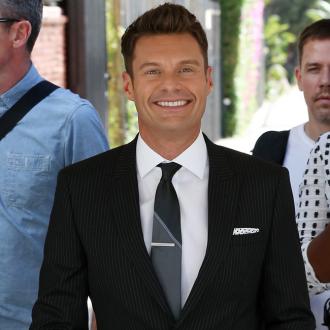 The 'American Idol' host is reportedly romancing the former Miss Teen USA, 26, after meeting her through mutual friends.

A source confirmed to PEOPLE: ''It's new. They're having fun.''

The 40-year-old star is said to have enjoyed a few dates with the beauty queen - who was crowned winner of the prestigious pageant in 2007 - and she was even spotted hanging out at the studio as Ryan filmed 'American Idol' last season.

Earlier this year, the 'Keeping Up with the Kardashians' producer was linked to Nashville-based model, Renée Hall, following his split from 23-year-old personal trainer Shayna Taylor in December after 18 months of dating.

The pair are said to have hit it off after they were introduced by mutual friends at Ryan's lavish 40th birthday celebrations in Napa Valley, California, late last year.

Ryan - who also dated 'Safe Haven' actress Julianne Hough for three years until March 2013 - previously admitted he is eager to find long-lasting love like his parents, Connie and Gary Seacrest.

Speaking last year, he said: ''I look at what my mom and dad have had for 40-plus years - a fantastic relationship and great marriage. Someday I'd like that. They're my role models.''