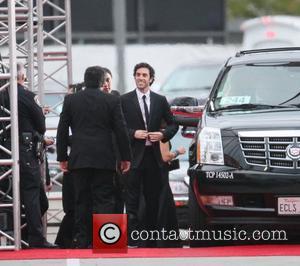 Megan Fox will be making a cameo appearance in the movie by having been paid to sleep with the General. Fox asks: "What's this, a ruby?! What am I, a Kardashian", to which the dictator replies, "No you're much less hairy." The trailer also manages to mock other dictators such as Gadaffi, Saddam Hussein and Kim Jong-il whilst the Borat star is also seen running a race where he actually shoots the starting pistol and then shoots his competitors so that he can pass the winning line. The film itself is actually based on the romance novel 'Zabibah And The King'. The novel is believed by conspiracy theorists to have been written by ghost writers who were influenced by Saddam Hussein himself and the novel was published under his name. The country in which the movie is set is actually fictional and the 'republicofwadiya' site features humorous extensive details of the nation and its leader, with headlines including 'Wadiyan Grammy Nominations - Aladeen for Best Newcomer for 17th consecutive year in a row'.

Sacha Baron Cohen can be seen as Aladeen in 'The DICtator', scheduled for release 18th May (2012).