Sacha Baron Cohen has splashed out £12.6 million on a new Hollywood mansion for his pregnant wife Isla Fisher and their two-year-old daughter. 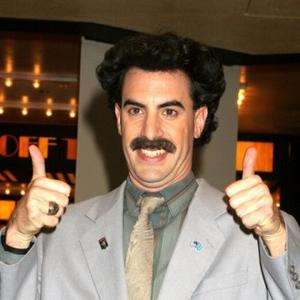 Sacha Baron Cohen has splashed out £12.6 million on a new Hollywood mansion.

The 'Borat' funnyman and his pregnant wife Isla Fisher - who already have two-year-old daughter together - have put their current home on the market and decided to invest in a lavish new house after growing tired of tourists, fans and photographers waiting outside their home every day.

A source told the Mail Online: "You can look out of the bedroom window and see fans waiting there, right on the street. Sacha and Isla decided it was time to move up, particularly as their family is expanding."

They are now moving to seven-bedroom home - which also has seven bathrooms, a guest house, a swimming pool, cinema, spa and gym - in the Los Angeles' Lauren Canyon district, which Sacha adores because of its "bohemian" vibes and famous residents.

The source explained: "Sacha loves the area because it is wooded and bohemian and has a real artsy feel. It is an area that became famous in the Sixties for being a hub of creativity. The Beatles and the Stones had houses here."