Sadie Frost, 45, has admitted she has been seeing a therapist for almost 30 years to help overcome her securities. 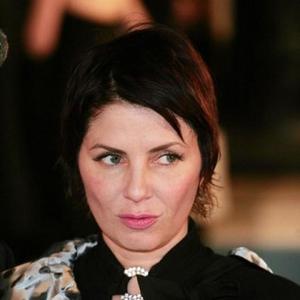 Sadie Frost has been seeing a therapist since she was 16.

The actress-and-fashion designer - who has a son Finlay, 19, with Spandau Ballet star Gary Kemp and Rafferty, 13, Iris, nine, and seven-year-old Rudy with Jude Law - revealed becoming a mother has made her feel "more complete", but admits the impact of seeing her parents split up when she was younger still has an effect on her.

She said: "I think becoming a parent is the true test of how your own childhood has affected you. I was incredibly strong-willed and quite defensive when I was 16 or 17. I was incredibly needy and dependent on people because my father had left and I was fearful of relationships and being abandoned.

"Becoming a mum has made me feel more complete but I've also needed therapy to get there - I've been seeing a therapist since I was 16. Therapy isn't something you can do overnight. I have wanted to push boundaries and overcome certain insecurities."

The 45-year-old beauty - whose relationships with Gary and Jude both ended in divorce - admitted although she has had two failed marriages, she wouldn't change anything about her life.

She explained to Stylist magazine: "I've tried to look back at the 20 year old me having the time of my life, and still wouldn't change anything. If I did, I wouldn't have met Gary or Jude and made four beautiful kids.

"Mentally, I feel young and alive. I'm not jaded or cynical or bitter and I'm physically fitter than I was in my 20s. Having a positive mental attitude is key."