Jordin Sparks and Sage the Gemini are dating! Sparks confirmed the news in an interview on Thursday (14th May). Sage The Gemini is the alias of 21-year-old American rapper Dominic Wynn Woods who has now released his debut full length album 'Remember Me', released via republic records, following his 'Gas Pedal' EP of last year. 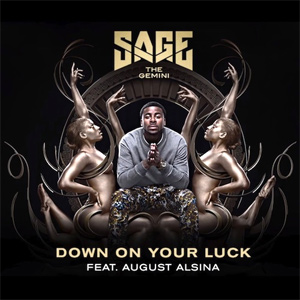 'Remember Me' gets off to a good start, with the title track and opener's eerie synths and the repeated stand out line, 'F*** the cool crowd, b***h, I'm a nerd, this is not high school, cool crowd is absurd' which could be interpreted as Sage promising something unique and against the grain with his music. 'Bad Girls' also has good, fuzzy beats that are accompanied by memorable drum tracks and clicks. Unfortunately, 'Go Somewhere' is fairly poor as it attempts some romantic lyrics such as, 'I saw you from across the room, and I just wanna say I like your hair' which don't flow well from the previous raw songs and are lazy, unpassionate lyrics in general.

There is a lyrical theme of female objectification running through the album, particularly on songs like 'Gas Pedal' and 'Red Nose' ('Got two hoes with me, make my old b***h hate me'). As unfortunate as misogyny being commonplace in the world of hip-hop is, it's not how offensive the lyrics are that weaken the album, it's how obvious they are that does so. There's no wit or lyrical craft to the sexist lines in particular that make them good in any sense. It gets much better on 'Put Me On', however, where Sage tells the listener about his roots struggling to make money to buy equipment. This might not be too original as a theme, but this at least makes for a more interesting and heartfelt story than just going on about ogling a girl.