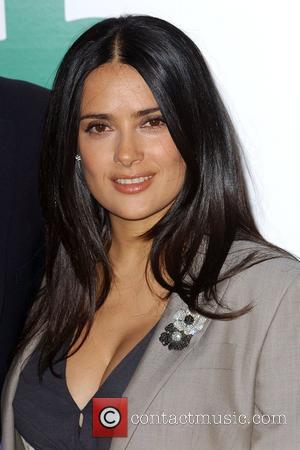 Salma Hayek was so desperate to land "any role" in pal Julie Taymor's new Beatles movie musical, ACROSS THE UNIVERSE, she ended up playing 12 nurses in the film. When the Latina heard her Frida director was making a movie featuring the songs of one of her favourite groups, she felt she had to be involved. Taymor says, "She said, `Julie, what can I play? Isn't there anything?' There were all really young parts but I said, `OK, you can play one of the nurses.' "She said, `Only one of the nurses?' So I said, `Alright, you can be all of the nurses.' I think there were 12 in the beginning and we cut it down."