Salma Hayek: Red carpets 'not the same' without Joan Rivers

Salma Hayek doesn't think red carpets will ever be the same again now that Joan Rivers has died. 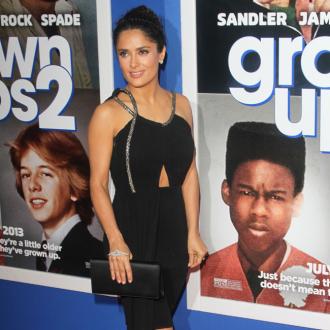 Salma Hayek doesn't think red carpets will ever be ''the same'' without Joan Rivers.

The 48-year-old actress believes the 81-year-old comedienne will be sorely missed at glamorous events and her passing has left a big hole in Hollywood.

Talking about Joan's E! show 'Fashion Police', she added: ''She invented a whole way of making fun a little bit of fashion. We're going to miss her.''

However, Salma isn't the only one to praise Joan's time in showbiz as Will Ferrell believes the blonde beauty paved the way for other comediennes.

He explained: ''I remember watching Joan on 'The Tonight Show' as a kid. We forget when the 'Tonight Show' was the only outlet for comedians.

''This audacious woman who kind of looked like someone you'd work with in an office would just say all these outrageous things.

''We forget there were very few women in comedy when she started out and she just blazed this trail that's opened the door for it to be OK for women to be outrageous and strong and have an opinion.''

Joan sadly passed away last Thursday (04.09.14), a week after she was placed in a medically-induced coma at Mount Sinai hospital in New York, following a cardiac and respiratory arrest while undergoing a routine operation on her vocal cords at the private Yorkville Endoscopy clinic on August 28.

Celebrities - including Kelly Osbourne, Sarah Jessica Parker and Whoopi Goldberg - flocked to her funeral today (07.09.14) at the Temple Emanu-El in Manhattan to pay their final respects to the legendary star.