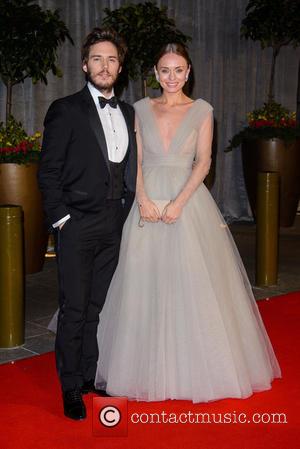 Picture: Sam Claflin and Laura Haddock - A variety of stars were photographed at the EE British Academy of Film and Television Awards 2015 Official After...

The Hunger Games: Catching Fire star will portray the sports icon in the film, which is based on the biography The Greatest Footballer You Never Saw: The Robin Friday Story, co-written by Paul MCGuigan and Paolo Hewitt.

Friday was a revered player for the Reading and Cardiff teams for four years in the 1970s, but lived a wild lifestyle. He died in 1990 aged 38 after suffering a heart attack.

The movie is reportedly set to include cameos from real professional soccer players, and is scheduled to begin production this autumn (15).

Claflin's casting was announced the same day (07May15) it was confirmed he will reprise his role as Snow White's love interest William in The Huntsman, the sequel to 2012's Snow White and the Huntsman.