Sam Cooke Biopic In The Works

A Biopic Of Soul Legend Sam Cooke, Focusing On The Mystery Surrounding His Death In 1964, Is In The Pipeline. 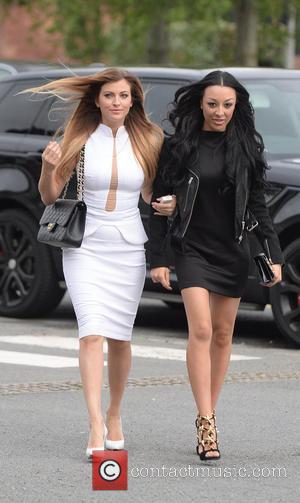 The You Send Me hitmaker was killed at the age of 33 during a hotel dispute in Los Angeles, with local police concluding he kidnapped a woman and then attacked the motel's manager, who shot the young star dead.

However, Cooke's family and friends believed there was more to the story, and contend there may have been a conspiracy involving Mafia-connected music executives who didn't agree with Cooke's stance on black musicians' rights.

The singers' relatives L.C. Cooke and Eugene Jamison have been eager to get to the bottom of Sam's death, which is why they agreed to serve as consultants on the as-yet-untitled biopic, directed by filmmaker Romeo Antonio.

Jamison tells The Hollywood Reporter, "For years, people have becoming at us to do a movie about Sam. But he (Antonio) was the first person who sounded like he wanted what we wanted: the truth to come out about my uncle and his death."

As Cooke's family members are on board, Antonio has access to documents he would not have been able to get hold of otherwise, as well as interviews with friends and relatives who can shed light on Cooke's murder for the new film.

Antonio, a former police officer who made the transition into entertainment as a musician and director, tells the publication, "I am treating it like a murder investigation... It's the 60s, you could do it like (2014 film) Selma, but it's not the direction I'm going with. My pitch to them was a murder mystery. Who did this? And it's being written in that fashion."

Antonio has also enlisted the help of B.G. Rhule, the author of biography One More River to Cross: The Redemption of Sam Cooke, for the film.

Sam Cooke Biopic In The Works