Sam Neill Received A Crash Course In Irish Accents From Liam Neeson For A Tv Role. 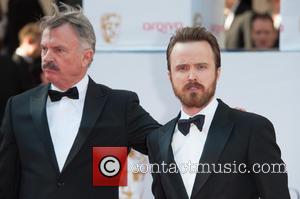 The Jurassic Park star was born in Northern Ireland, but moved back to his family's native New Zealand as a child.

He was asked to adopt a Northern Irish accent for his role in British TV show Peaky Blinders so he turned to his actor pal Liam for help.

"I'm not sure if the accent was meant to be purely Belfast but it was certainly Northern Irish," Sam explains. "I had one session with Liam and one with Jimmy (Nesbitt), who are good friends. Those two grew up only a few miles away from each other in Co Antrim, but they have entirely different accents.

"They were very useful and kind to me, and encouraging too, because despite my roots it's very daunting when you take on an accent like that."