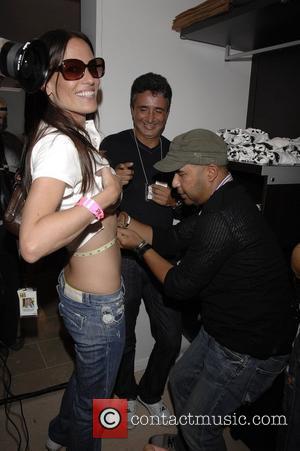 The Nashville, Tennessee-based music man, who developed a sound known as 'Countrypolitan', passed away after a brief illness.

Born in Alabama in 1936, Sherrill fronted a blues band as a teenager and landed a record contract, but his best work came on the other side of the recording studio.

Sherrill worked for Sam Phillips at Sun Records and managed the label's recording studio in Nashville, before becoming a producer for Epic Records, working with the likes of the Staple Singers.

He made his mark as a producer when he started adding strings to country recordings - his first major success came in 1966 with David Houston's Almost Persuaded, which spent nine weeks on top of the U.S. country chart.

He later turned talent spotter when he signed the young Virginia Wynette Pugh to Epic and suggested she change her name to Tammy Wynette. He went on to produce many of her hits and co-wrote her signature tune Stand By Your Man.

Sherrill also recruited Wynette's husband George Jones to Epic and teamed up with him on the recordings Loving You Can Never Be Better and The Grand Tour, among other hits.

Jones famously lost a bet to Sherrill when the producer wagered their recording of He Stopped Loving Her Today would be a huge hit - the song topped the charts and earned them a CMA Award for Song of the Year.

He was inducted into the Country Music Hall of Fame in 2010.