The Sam Roberts Band from Canada are here with the video for their infectious new track 'Graveyard Shift' taken from their newest EP 'I Feel You' released through 100% Records and which has now reached the UK.

The video is a simple affair; we just see Sam Roberts and his band performing the song in a room somewhere, but the track doesn't need much more than that to make it interesting. It's a pure rock number with a hint of dreamy synth sounds, heavy basslines and steady drum beats. It's particularly easy on the ears and very catchy which makes just watching the band play it in the video very engaging as we watch vocalist Sam croon some beautiful lyrics about working the 'graveyard shift'; a name given to the work period of the early hours of the morning.

Sam Roberts has successfully released five studio albums in Canada, the last four of which have landed high spots on the charts including a number one hit for 2008 record 'Love at the End of the World'. The Juno Award winner recently hit the UK with a show at London's The Old Queens Head and has several local shows coming up over the next few months. 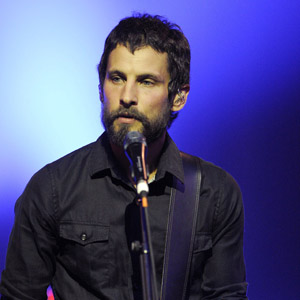 Introduce yourself!
My name is Sam Roberts, I am one-fifth of the Sam Roberts Band from Montreal, Canada

You have been writing and performing for a number of years now. When did you decide you wanted to make music your career?
I started playing in my first band in the 8th grade in 1988 here in Montreal and my decision to make it a career came soon after. We started writing songs, playing shows at high-school parties and dressing like our favourite rock n rollers. We were convinced that a big-break was just around the corner.It took fifteen years of this kind of delusional thinking before it actually happened