Singer Sam Smith Was Advised By Duran Duran On How To Produce A Theme For The Latest James Bond Film, Spectre. 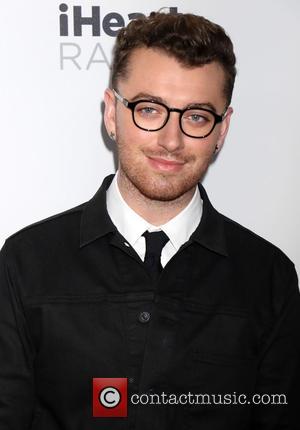 The Stay With Me star debuted his 007 track Writing's On The Wall on Friday (25Sep15), and he has revealed he got tips from the 1980s stars, who co-wrote and recorded the theme to 1985 Bond blockbuster A View To A Kill.

He tells British newspaper The Sun, "I've spoken to Duran Duran about their Bond tune, which was amazing. They said, 'Just enjoy it'."

One person the star did not consult was Adele, whose 2012 theme for Skyfall won her an Oscar.

He adds, "She (Adele) emailed about my throat operation a few months ago but I haven't spoken to her about Bond."

Writing's On The Wall accompanies Daniel Craig's fourth outing as the British superspy. Spectre is due for release in the U.K. on 26 October (15) and in the U.S. on 6 November (15).