Sam Smith's Debut Is 2014's Speediest Seller With No.1 Triumph

Wow-ee.the pop newcomer shows some serious clout in the charts. 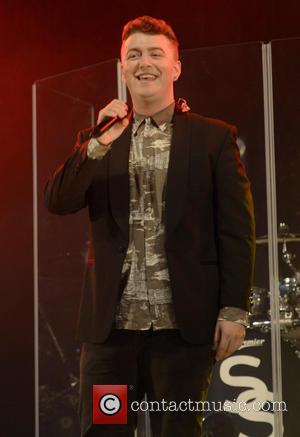 Sam Smith must feel on top of the world after his album, In The Lonely Hour, not only struck number one in the UK charts yesterday but was also revealed to be the year's fastest-selling debut of 2014 so far.

In The Lonely Hour has sold an impressive 101,000 copies over the last seven days and has managed to throw the alt rock titans Coldplay and their album Ghost Stories from the number one position. The news comes the week after Smith scored a number one single with his track 'Stay With Me.'

In The Lonely Hour may be the fastest-selling debut but it is also admirably the year's third quickest seller behind Ghost Stories and Paolo Nutini's Caustic Love.

The Bishop's Stortford-born star has had an incredible year after scoring his first number one single last May with Naughty boy's 'La La La.' The BBC's audience selected Sam to top their Sound of 2014 poll back in January before he went on to collect the Critics' Choice prize at the BRIT Awards. By then a household name, Smith cemented his explosion on to the scene with his second number one single, 'Money On My Mind.'

The 22 year-old British singer-songwriter has also recently made headlines after coming out as gay and revealing that his first album is about a man who he loved unrequitedly. "I've been treated as normal as anyone in my life; I've had no issues," the singer said, discussing his sexuality with The Fader. "I do know that some people have issues in life, but I haven't, and it's as normal as my right arm," he explained.

More: Sam Smith talks being gay, and a man who didn't love him back.

Upon the news of his album's chart success, Smith told the Official Charts Company: "It's amazing. I was a bit scared a few days ago because I knew that Coldplay's album had come out. I'm so happy!"

Coldplay may have slipped down to second place but the British rockers' latest album's performance remains strong and is now approaching 250,000 sales after adding 75,000 copies sold last week. Sam Smith Has Claimed Both Number One & A UK Charts Record This Week With His Debut.