Sam Smith Hates Performing His New James Bond Theme Writing's On The Wall, Because It's "Horrible" To Sing Live. 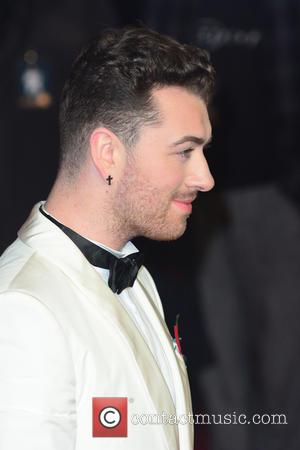 The Brit recently became the first performer to hit the top of the U.K. charts with a Bond song when his Spectre theme was released, and on Friday night's (23Oct15) Graham Norton Show in Britain, he confessed he wasn't looking forward to hitting the high notes.

He explained, "It's just so high. I have to grab my balls... I've only sang the song once really. I did the demo in the studio, and they used that. It is horrible to sing. Horrible."

Smith also revealed he had to alter his writing style as he penned the song: "Lyrically, I'm quite a vulnerable writer, I am quite an emotional writer and James Bond is quite a strong character."