Sam Smith admits he is incredibly nervous about performing in front of a star-studded crowd including Beyonce at the MTV Video Music Awards. 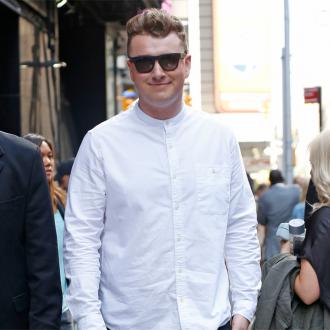 Sam Smith is nervous about performing in front of Beyonce.

The 'Stay with Me' hitmaker is due to take the stage at the MTV Video Music Awards this weekend and admits he is terrified about singing to a star-studded crowd including the 'Drunk in Love' hitmaker and Taylor Swift.

He told Capital FM: ''It's going to be so scary! Beyonce's going to be there, I might freak out. My main aim is to not sweat, because I'll be so nervous.

''I watch the VMAs every year, and have done from a very young age, so this is going to be a very surreal weekend. I get to run through it a few times, but I'm not going to kiss Madonna or stick my tongue out, so don't be expecting that!''

Despite his nerves, the British singer-songwriter can't wait to perform at the world-renowned music event which will also see performances from Nicki Minaj, Beyonce, Ariana Grande and Maroon 5.

Sam added: ''The fact that I'm performing there feels like I've won already.''

It was recently confirmed that fellow Brit Jessie J will open the show with the first live performance of her new song 'Bang Bang' which features Nicki and Ariana.

Other performers include Usher, 5 Seconds of Summer and a duet between Iggy Azalea and Rita Ora.