Sam Smith and Disclosure's hit 'Omen' is among the songs featured on the soundtrack of 'FIFA 16'. 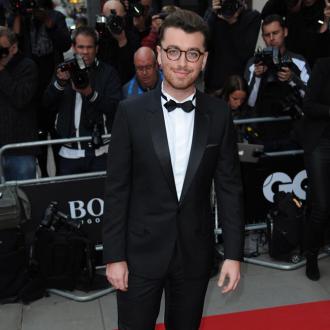 Sam Smith is featured on this year's 'FIFA 16' soundtrack.

The British solo star's collaboration with Disclosure 'Omen' is among the tracks chosen for the annual football game's latest incarnation.

Sam - who this week was announced to have recorded the theme song for upcoming James Bond film 'SPECTRE', entitled 'Writing's on the Wall' - is joined on the game by host of the world's top artists including Years & Years, Icona Pop, Kygo, Beck, Bastille and John Newman as well as musicians from around the world.

And from today (10.09.15) fans of the EA Sports title can enjoy a sampling of the game's hot new soundtrack through the official FIFA Spotify profile.

Steve Schnur, Worldwide Executive of Music and Marketing at EA, said: '''FIFA' has traditionally been gaming's foremost international showcase for new artists of every genre. With 'FIFA 16', we've once again created a soundtrack that will enable millions of fans worldwide to discover new music. Artists from Norway, Portugal, Columbia, the UK, Brazil and America do more than just enhance a great game. FIFA 16 represents globalised music that reflects our worldwide players.''

When 'FIFA 16' hits stores in the UK and Ireland on September 24, fans can listen to the complete soundtrack including more than 40 tracks from artists around the world. The full soundtrack list is below.

The game will be available on Origin for PC, Xbox One, Xbox 360 PlayStation 4 and PlayStation 3.

Foals - Mountain At My Gates

Kaleo - Way Down We Go

Miami Horror - All It Ever Was

No Wyld - Let Me Know

Nothing But Thieves - Trip Switch

RAC - Back Of The Car feat. Nate Henricks

Swim Deep - One Great Song And I Could Change The World