Sam Smith releasing 'thank you' LP for his fans

Sam Smith has announced he is releasing a special edition of his debut album, 'In The Lonely Hour: The Drowning Shadows Edition', which contains new song 'Drowning Shadows'. 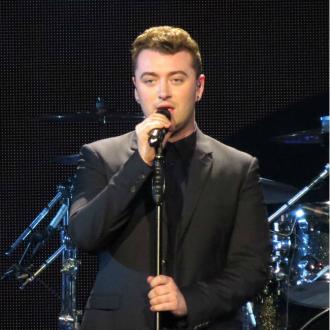 'In The Lonely Hour: The Drowning Shadows Edition' features a bonus disc of previously unreleased songs, including unheard track 'Drowning Shadows' co-written by Smith and Fraser T. Smith and produced by Jimmy Napes and Steve Fitzmaurice.

The companion CD also contains stripped back versions of his songs, such as an acoustic recording of 'Omen', Sam's song with Disclosure, and cover versions of Amy Winehouse's 'Love Is A Losing Game' and Whitney Houston's 'How Will I Know?' alongside collaborations with A$AP Rocky, Mary J. Blige and John Legend.

Taking to Twitter to announce the project to his followers, the 23-year-old singer tweeted: ''This is a present directly from me to my fans. This album, this journey has changed my life. So I have listened to all your wants and wishes and put some tracks on this album that you all wanted originally. I have also got a new song, and a special new cover for you all ... This is my thank you to you all, and the final bow before my second album. Love you all xx (sic)''

The original release of Sam's album has sold over 9 million copies worldwide and won the Grammy Award for Best Pop Vocal Album.

Sam has also just released 'Writing's On The Wall', the theme song for for the new James Bond film 'SPECTRE'.

Meanwhile, a new documentary 'Sam Smith: Dreams Come True' is being released this month but it has been made without Sam's approval or involvement.

'In The Lonely Hour: The Drowning Shadows Edition' (available for pre-order now) tracklisting: