Sam Smith sells a million albums in UK and US

Sam Smith has become the only artist to sell a million albums in the UK and US in 2014 with his debut album 'In the Lonely Hour'. 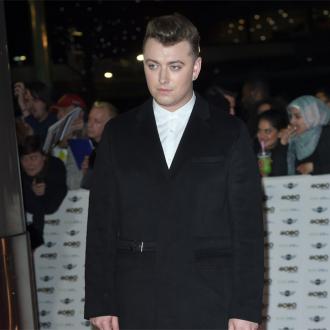 Sam Smith has become the only artist to sell a million albums in the UK and US in 2014.

The 22-year-old singer released his debut record 'In the Lonely Hour' earlier this year and it has now passed the huge milestone in both countries to become the biggest selling album of the year; an achievement which makes him ''completely speechless''.

Confirming the news on Twitter, he wrote: ''1 million albums sold in UK and 1 million sold in America - completely speechless (sic)''

The album passed the figure on both sides of the Atlantic within 24 hours of each other, and by midnight on December 17 had sold 1.007 million copies in the UK, according to data from the Official Charts Company.

The 'Stay With Me' singer's LP is one of just three albums to have sold over the one million mark in the US - according to Nielsen Music - alongside Taylor Swift's fifth record '1989' and the soundtrack to animated Disney film 'Frozen' which features the hit track 'Let It Go' performed by Idina Menzel.

In the UK, Ed Sheeran is the only other act to have hit the million sales mark this year with his second album 'x', meaning 2014 is the first year since 2011 to see more than one album surpass a million sales.