Sam Smith Up For Top Prize At Ivor Novello Awards

Pop Sensation Sam Smith Will Compete For A Top Prize At Britain's 2015 Ivor Novello Awards In London Next Month (May15). 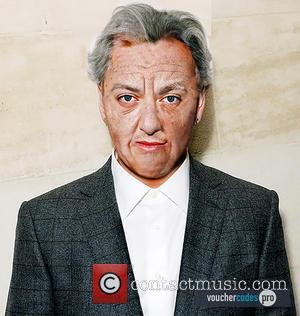 The Grammy-winning singer's hit track Stay With Me earned him a nomination for the Most Performed Work award, and he will go head-to-head with fellow Brits Clean Bandit and George Ezra, who received nods for Rather Be, featuring Jess Glynne, and Budapest respectively.

Clean Bandit's Rather Be landed a second nomination for Best Contemporary Song along with Two Weeks by FKA Twigs and alt-J's Every Other Freckle, while the Best Song Musically and Lyrically prize will be fought out by Hozier's Take Me To Church, Bear Den's Above The Clouds of Pompeii, and I Forget Where We Were by Ben Howard.

The prestigious Best Album category is led by rockers Royal Blood with their self-titled debut, competing against Present Tense by Wild Beasts and Bombay Bicycle Club's So Long, See You Tomorrow.

Movies including Jack O'Connell's '71, acclaimed drama Mr. Turner, and animated adventure The Boxtrolls received nominations for Best Original Film Score, while the TV music category includes Maggie Gyllenhaal's The Honourable Woman, The Mill, and The Suspicions of Mr Whicher: Beyond the Pale.

Other awards to be handed out during the ceremony in London on 21 May (15) include Lifetime Achievement, Outstanding Song Collection and Songwriter of the Year.