Taylor Swift and Calvin Harris could become a power couple to rival the Beckhams, according to Sam Smith. 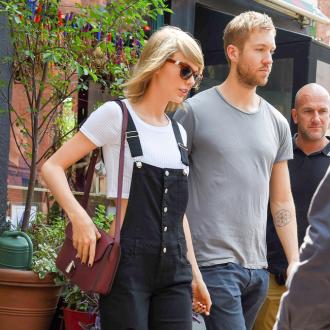 The 'Stay With Me' hitmaker thinks the pair make a ''sweet'' couple and believes a joint advertising campaign from the two singers would be incredible.

He said: ''I don't see Taylor a lot. I think I've met her a grand total of five times, but she's been amazing every time. She's lovely.

''[Her and Calvin] look sweet. His body is amazing right now isn't it?

''They need to do a joint [advert] like David and Victoria. Are they the new Beckhams? They are!''

Sam has also befriended the Kardashian family and despite their global success, he insists they are just ''normal'' people.

He told heat magazine: ''We text every now and then. It's great. These people are just people. They are [normal], just exceptionally beautiful and they smell of vanilla.''

The 23-year-old singer - who has recorded the theme for the new James Bond movie 'Spectre' - believes retired soccer star David would make a very handsome leading man, following speculation linking him to the spy saga.

He said recently: ''That would be interesting, that's all I'll say - that would be very interesting. He'd look fit for sure! He looks amazing in a suit.''