The ‘Writing’s On the Wall’ singer has opened up about how he bagged one of the most coveted gigs in music.

Sam Smith has revealed that all it took to land the chance to sing the new Bond theme was, "the cockiest email in the world". Sitting down with director Sam Mendes and producer Barbara Broccoli in the latest Spectre vlog, Smith explained how he came to land the Bond gig and what the honour means to him. 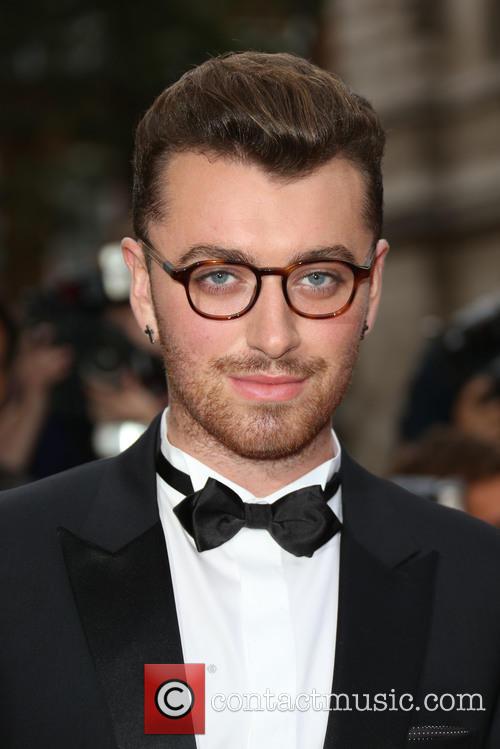 Sam Smith has opened up about how he landed the Spectre theme.

“I remember sending an email to my agents in America – probably the cockiest email in the world,” the singer revealed. “ I just said 'is there any way I could do the Bond theme?’ The next thing I knew, I was asked to go to Pinewood Studios to meet with Barbara and Sam.”

Speaking about the composition of ‘Writing's On The Wall’ Smith said, “What we kept thinking about through the whole process was what you (Mendes) said to me in our first meeting. Which is we want to write the greatest love song.”

“It’s really important that you have a song which matches the feeling and the tone of the film and with Sam Smith we couldn’t have picked anybody better,” producer Barbara Broccoli added. Praising Smith’s work, Broccoli went on to say she believes the tack will “go down as as being one of the greatest Bond songs in history.”

“What’s amazing about a Bond song as good as yours, is that it can actually help storytelling as well,” director Mendes added. “What’s lovely about getting a song early that you love, it starts talking back to the movie as well.”

More: Watch The Video For Sam Smith's 'Spectre' Theme 'Writing's On The Wall’

Earlier this month the song became the first ever Bond theme to top the UK charts and for Smith, joining the list of artist to have recorded a Bond theme is a career highlight. “For me the most timeless thing you can do, outside of writing your own records or film or anything, is Bond,” Smith said.

“It's the most timeless, classiest thing there is to me to do so to be in the short list for something like that is unreal but to do it, just hasn't sunk in.” Spectre, Daniel Craig’s fourth outing as Bond, hits UK cinemas on October 26th, before its worldwide release on November 6th.

Watch the video for ‘Writing’s On the Wall’ here: