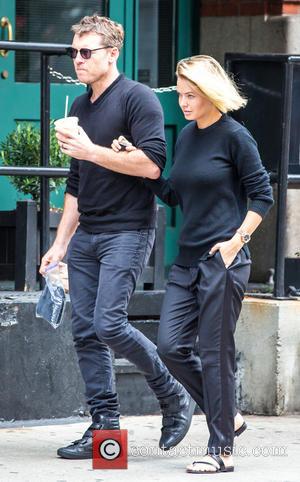 Avatar star Sam Worthington and his girlfriend Lara Bingle are expecting their first child, according to multiple reports.

Rumours about a possible pregnancy have been swirling for weeks, and model Bingle has only fuelled the speculation in recent days by hiding her figure with baggy clothing and refraining from posting bikini shots on her Instagram.com blog.

Bingle was also photographed with her hand resting on her stomach as she made her way to a medical centre in New York on Tuesday (23Sep14), and now an insider tells America's Star magazine Bingle is three months pregnant.

The source says, "It was a really happy surprise. Lara's the happiest she's ever been."

Representatives for the famously private stars have yet to comment on the reports.

The Australian couple has been dating for the past year.