Samuel L. Jackson Explodes At A Reporter For Confusing Him With Lawrence Fishburne

KTLA's Sam Rubin made an embarrassing blunder on-air after asking Samuel L Jackson about his recent Super Bowl commercial, in which Lawrence Fishburne starred in, not the 65 year-old. 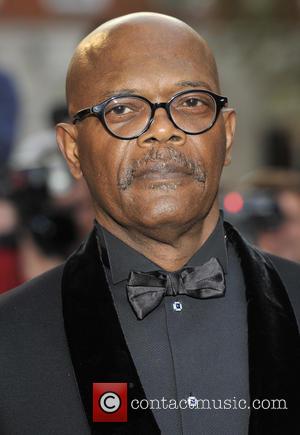 Samuel L Jackson is an intimating guy on-screen and this quality doesn't seem to change off camera.

The 65 year-old actor let rip on a reporter who made a mistake in identity and thought he was Lawrence Fishburne.

In a KTLA interview, news anchor Sam Rubin was asking the 'Robocop' actor a series of questions when the blunder occurred.

"Did you get a lot of reaction from that Super Bowl commercial?" Rubin asked.

In the awkward moment, the TV anchor can be seen looking bewildered as there is a few moments of silence before he attempts to continue the interview.

"You're as crazy as the people on Twitter," Jackson added. "I'm not Laurence Fishburne. We don't all look alike. We may be all black and famous, but we all don't look alike. You're busted."

The embarrassed Rubin attempted to apologize, but the angry actor made sure he knew how stupid the mistake was.

"You're the entertainment reporter for this station?" he asked. "And you don't know the difference between me and Laurence Fishburne? There must be a very short line for your job."

Samuel further explained, "There's more than one black guy doing a commercial. I'm the 'What's in your wallet?' black guy." Adding, "Morgan Freeman is the other credit card black guy. You only hear his voice though so you probably won't confuse him with Laurence Fishburne."

Since the shameful interview, Rubin has apologized on-air stating, "I'm really embarrassed about it, and I very much apologize to Samuel L. Jackson and anyone else who was offended for what was a very amateur mistake."