Samuel L. Jackson: 'I Have My Dvds On Standby'

Samuel L. Jackson Has A Drawer Dedicated To His Own Movies To Ensure He Can Watch Himself On Screen Whenever He Wants. 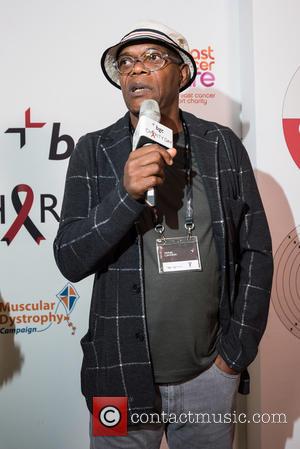 The 66-year-old star is one of the most prolific actors in Hollywood, with eight films he is either shooting or has in post-production at the moment.

As fun as he finds filming flicks watching them back is just as good, with Samuel never turning off the TV if he's on.

"I like watching myself in movies... if I am channel surfing and I pass a movie that I'm in, I'm watching it no matter what," he assured Britain's GQ magazine. "I have a drawer of nothing but my DVDs, so if nothing else, I can just go in and pull one out and put it in."

This isn't a view shared my many of Samuel's peers, as the great majority hate watching their performances.

Tom Hanks, Jared Leto and Robert De Niro are just some of the stars who insist they don't sit down for their own projects, but Samuel insists that is a bad move.

Many in Samuel's position would start to slow down, but he has no plans to retire.

He is currently gearing up for the release of Quentin Tarantino's new movie The Hateful Eight, which he calls the famed director's best work to date.

As far as the actor is concerned, nothing is more fulfilling than work. He plans to continue to shoot films for as long as possible as he believes they are many more stories he can tell which will resonate with people.

That's not to say he's only interested in serious work though.

"Some people only do movies that are meaningful and that are going to come out during the Academy Awards season, but I'm not that person," Samuel, who was nominated for an Oscar for 1994 movie Pulp Fiction, said. "I've done enough work now not to worry about getting an Academy Award."