Hollywood Star Samuel L. Jackson Is Delighted To Be Hitting The Trading Floor Again For His Second Stint As A Stockbroker On The Annual 9/11 Charity Day. 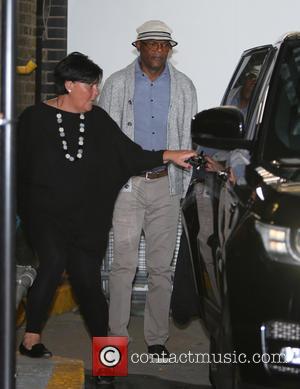 Dozens of stars traditionally join in Cantor Fitzgerald's and BGC Partners' yearly fundraiser to commemorate the victims of the 2001 terrorist attacks in the U.S.

It takes place in New York and London, and Pulp Fiction star Jackson, who took part in the 2014 event, has revealed he will be heading to London's Square Mile on Friday (11Sep15) to field calls from international traders as part of the fundraising drive.

He tells U.K. TV show This Morning, "It's so much fun talking to people, and once you leave there you realise, wow, how much money has changed hands. There's so much money flying around the world electronically, but it's such a wonderful cause that so many people benefit (from)."

Bosses of investment banking giant Cantor Fitzgerald organise the annual event after its corporate headquarters at the World Trade Center was destroyed in the attacks, which claimed the lives of more than two-thirds of the company's workforce.