Samuel L. Jackson Has Hailed Prince Harry And His Brother Prince William "Cool" After Partying With Them At A Polo Event. 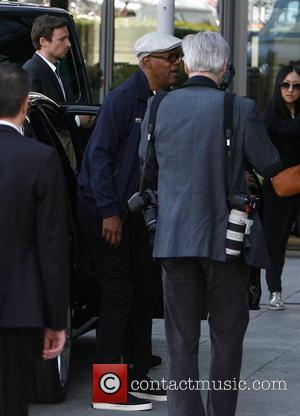 The Pulp Fiction star was pictured sharing a joke with Harry in the VIP area at the Audi Polo Challenge in Ascot, England last month (May15) and he has now opened up about his royal encounter and revealed he was later taken to a bash by second-in-line to the throne, William.

Jackson tells U.K. talk show host Graham Norton, "I was at the polo and met Prince Harry. We talked for a minute. He was so nice to me and he and his brother took me to a party. It was cool."