He fell off a second floor balcony in Denmark and even punctured a lung.

Samuel Preston of The Ordinary Boys is lucky to be alive after a drunken fall from a hotel balcony in Denmark this week leaving him with multiple broken bones and a punctured lung. Thankfully, he's conscious, yet wheelchair-bound, but we think he'll be keeping his boozing indoors from now on. The 35-year-old British singer, who famously appeared on 'Celebrity Big Brother' back in 2006, revealed the extent of his injuries after being rushed to Nordsjaellands Hospital in the city of Hillerod earlier this week following a serious fall from a second floor balcony while intoxicated.

'If I haven't been texting you back it's because I fell off a 2nd floor balcony in Denmark and broke my leg in 4 places, pelvis, hip, foot, ribs, shoulder blade, punctured a lung and smashed my left hand to pieces', he said in an Instagram post alongside a shot of himself in a wheelchair with his girlfriend Emily Smith.

'I know a wise man once said 'boys will be boys'', he continued, referencing his big 2005 hit with The Ordinary Boys, 'but seriously I drank too much and was careless and please don't abuse your privileges.'

He added that he's considering going sober for the next thirty years, and thanked his mother and Emily for spoon-feeding him in hospital. 'To quote Garth Marenghi 'it really hurts'', he said.

More: Read our review of The Ordinary Boys' self-titled album

If you don't know Preston from his band or from his 'CBB' appearance and subsequent short-lived marriage to Chantelle Houghton, you might recognise him from a 2016 episode of 'Celebrity First Dates' where he name-dropped the hell out of his career, citing his songwriting credits for Olly Murs, Cher and Enrique Iglesias. There was also that iconic moment on comedy panel show 'Never Mind The Buzzcocks' in 2007 when he stormed off over a joke host Simon Amstell made about Houghton. 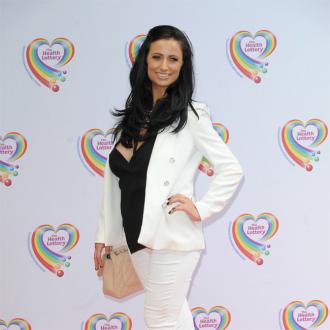 Preston: 'Being A Big Brother Couple Is Grotesque'