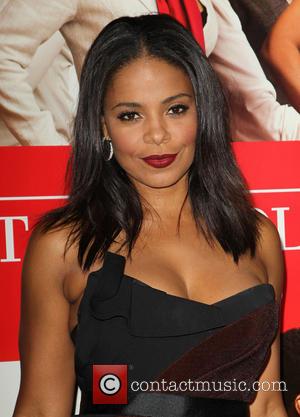 Actress Sanaa Lathan was subjected to playful punches on the set of new film The Best Man Holiday as her co-stars jokingly attacked her fake pregnant belly.

The Alien vs. Predator star was not happy when writer/director Malcolm D. Lee revealed her character, Robin Stewart, was going to be heavily pregnant onscreen, and she admits the padded prosthetic made filming an uncomfortable experience.

However, Lathan reveals the movie's leading men, including Morris Chestnut, Terrence Howard and Taye Diggs, managed to have a little fun with the big bump at her expense.

She explains, "I had to wear this huge prosthetic belly, which was like my own personal sauna, and it was heavy and it was a drag to go to the ladies' room, and every day my lovely, loving castmates got a sick pleasure out of punching me in the belly. They knew I couldn't feel it."

The romantic comedy-drama is a sequel to 1999's The Best Man.