The Oscar-winning actress reportedly met the deranged stalker, Joshua Corbett, only a couple of feet away in the hallway of her Los Angeles home when he broke in last month. 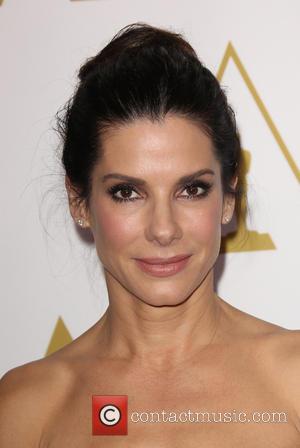 Sandra Bullock must have been terrified!

The Hollywood actress reportedly met face-to-face with the intruder, Joshua Corbett, who broke into her Los Angeles home last month.

TMZ obtained the search warrant police acquired to raid Corbett's home for weapons after his arrest.

But the gossip site also claims the warrant contains details of Bullock's close encounter with the deranged stalker.

The Oscar winner allegedly heard a loud bang inside her home around 1am on June 8th, according to the legal documents. But when she went to close her bedroom door, Bullock came face-to-face with Corbett in the hallway, who was dressed in dark clothing.

The frightened actress quickly slammed the door shut, locked it, and rang 911. Bullock informed the police that she showered just before gong to bed so he may have been inside the property for a long period of time.

The 39 year-old intruder, who was charged with "one felony count each of first-degree residential burglary, stalking and possession of a machine gun" shortly after his arrest, was also carrying a notebook full of disturbing love letters to Bullock, with one reading, "I will forever be thinking of you and Louie, my son, as you are my wife by law, the law of God and you belong to me and me to you."

More: Sandra Bullock Intruder Had Stockpile of Weapons - But Does He Need Help?

Corbett, who has pleaded not guilty to all charges, could face up to 12 years in prison if he is convicted.