Sandra Bullock's boyfriend Bryan Randall has moved into her Los Angeles home after less than a year of dating. 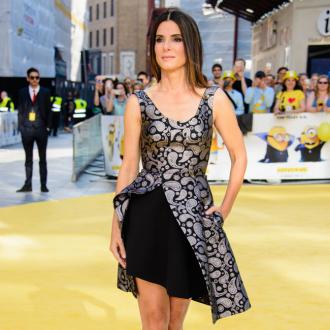 The 49-year-old photographer, who has been dating the Oscar winner, 51, for less than a year, recently ''moved into Sandra's house'' in Beverly Hills, which she also shares with five-year-old son Louis.

A source said while Bryan is now comfortably ensconced in the 'Our Brand Is Crisis' star's seven-bedroom, 8,000-square-foot estate, he ''still has his [own] place'' elsewhere in the city.

The couple were recently spotted enjoying a double date in Austin, Texas with newlyweds Jennifer Aniston and Justin Theroux, but usually prefer quiet evenings in.

The insider told Us Weekly magazine: ''Bryan and Sandra are total homebodies.''

While her romance is going from strength to strength, the 'Gravity' star's son is still her number one priority.

The brunette beauty recently admitted she broke down in tears when Louis started school.

She said: ''Kindergarten started four days ago. Once again, I'm crying. All I did was cry this week. I didn't let him see it. I did the the drop off, I was strong, and then I turned with all the other parents and like [started weeping].

''Of course, whatever song was on the radio was extra poignant. I was a mess, but I'm always a mess.''