Sandra Bullock was honoured with the Decade of Hotness prize at Spike Guys' Choice Awards last night in California. 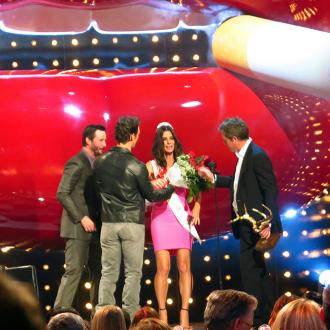 The 49-year-old actress was joined on stage by three of her past co-stars, Hugh Grant, Keanu Reeves and Matthew Mcconaughey at the Sony Pictures Studios in Culver City, California, as she was presented with the antler trophy, a tiara, a sash, and a bouquet of roses.

After receiving her award, she quipped: ''I feel like I'm at my funeral. Decade of Hotness ... My question was what decade? I have several under my belt. It should really be Decade of Hot Mess. That I can own and I do that well and I'm still convinced I'm up here because someone dropped out and they needed someone quickly and we know I'm home on Saturdays.''

Matthew, 44, also walked away from the glamorous event with a prize under his belt after he won the Guy Of The Year award.