Actress Saoirse Ronan Was An "Absolute Wreck" Filming Brooklyn As She Was Working With Several Childhood Pals On-set. 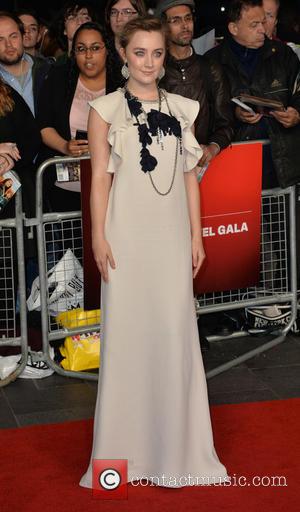 The 21-year-old star embraces her background in the new movie about Irish immigrant Eilis Lacey, whose relocation to New York in the 1950s leaves her feeling torn between her home country and the USA.

It was close to home for Saoirse, who was born in the Big Apple to Irish parents, and it turns out Eilis' American home is just 20 minutes down the road from where the actress was raised, and she knew a few of the extras used during the shoot.

"Whenever I play a character, a huge part of it for me is to play someone whose situation and character are completely different to me in every way," she told Backstage magazine. "Some of the extras that we used in the dancehall scenes I had played basketball with when I was a kid. To have a character that you're playing where you're literally running parallel to each other is so terrifying. It's like you're facing a mirror that's an inch from your face and you can't look away. I was an absolute wreck the whole time. Every second scene in the film had me in buckets."

Saoirse has starred in a host of big flicks over the years, including 2007's Atonement - for which she earned an Oscar nomination - and The Grand Budapest Hotel. But this is the first time she's taken on a project close to her heart as she admits to being fussy when it came to choosing an Irish project.

Luckily, author-and-screenwriter Nick Hornby's script won her over with its accurate details.

"I don't know how he's been able to capture our spirit so well," Saoirse mused. "It's not very often that people are really able to nail it. There's this cadence and this very specific delivery."