Gilbert and Perry first went public with their relationship in 2011, though not through choice. They had  been pictured out together hand in hand, leading to media speculation that they were an item. The photos caused Gilbert to reveal the pair were dating on her talk show joking, ’I do want to share [the news] with you ... but I want to do it on my terms, in full hair and makeup’. After two years of dating, Perry popped the question to Gilbert in what has to be one of the most romantically epic proposals ever. While enjoying a picnic together a street musician started playing one of the couple’s favourite songs, next Perry asked him to play a more obscure favourite which he unexpectedly knew. Then nearby picnickers started playing another love song, on string instruments which had been concealed. Perry then started layering on T-shirts that read "will," "you," "marry," "me," and "?" and brought out the ring. To top it all off family and friends of the couple then turned up along with John Waite, who started playing Missing You. Sara described the moment as,  'the most amazing proposal ever.' The couple wed in a private ceremony on Sunday

Now the couple have wed in a private ceremony which included guests such as actress Juliette Lewis, who tweeted Sunday, 'Holiday by Madonna playin, sun is beaming, gettin ready 4 the wedding of 1of my fave couples in the universe @RealLindaPerry @THEsaragilbert', as well as Sara’s cohosts from The Talk. The newlyweds are now said to be enjoying their honeymoon with Sara taking some valuable time off from her chat show gig. While the two have done everything they can to keep their wedding private, we just cant help imagining that this one was one of the coolest celebrity weddings of recent times. Plus if the proposal was anything to go by it was also certainly one of the most romantic. Congratulation's again Sara and Linda.

More: Why Do We Love 'The Big Bang Theory' So Much? 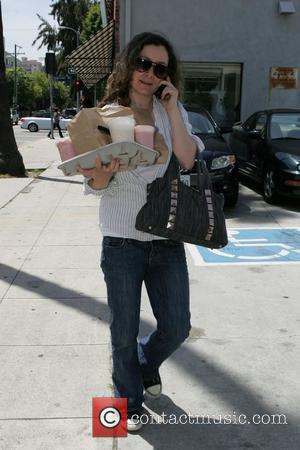