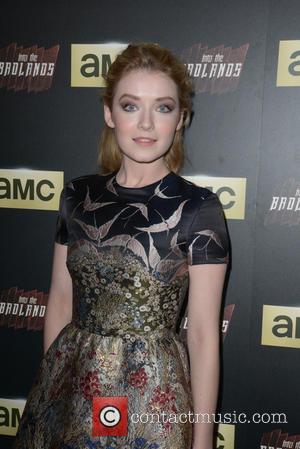 The former child star reveals she got caught up in the spirit of the spooky holiday and decided to draw on her bright pink pants, but the Sharpie marker she used wouldn't come out.

She tells WENN, "I was filming a movie called Stormbreaker in London and I had these pink jodhpurs because I was a horserider (in the film). I remember deciding I will Sharpie the pink jodhpurs and do a design and go as a hippie.

"I went in the next day and it wouldn't come off the jodhpurs and so we had to delay filming for a couple of days so they could buy me a pair of electric pink jodhpurs! I messed up. I was a stupid 14-year-old girl ruining my clothes."

There's a terrific sense of menace in this gothic dramatic thriller, which plays on the...